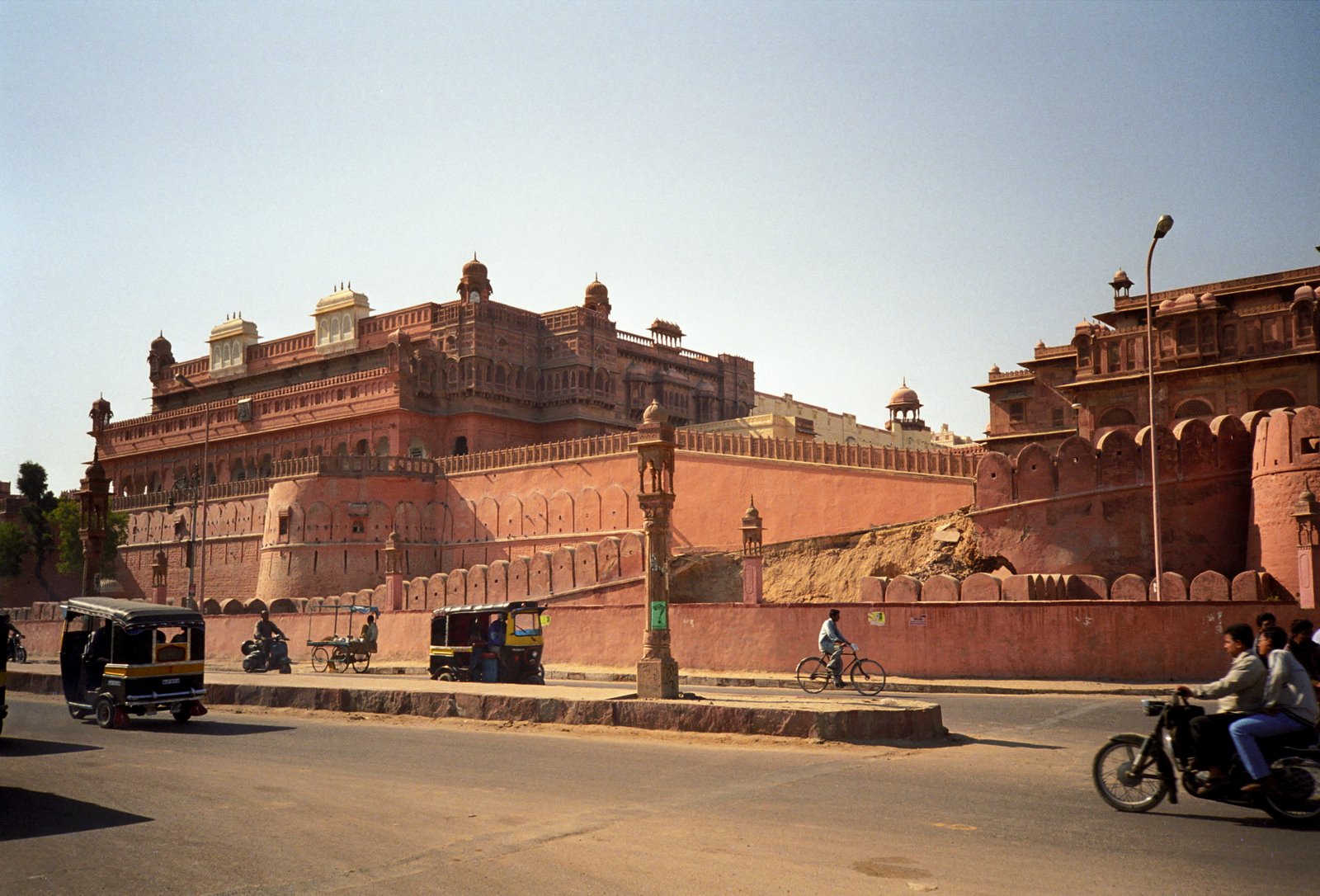 Junagarh Fort: One of the most famous fort... - Secret World

Junagarh Fort is a fort in the city of Bikaner, Rajasthan, India. The fort was originally called Chintamani Mahal and was renamed Junagarh or "Old Fort" in the early 20th century. The Junagarh Fort also known as Bikaner Fort is an unconquerable fortress which has withstood the ravages of time and has remained unconquered. It is among most famous forts in Rajasthan. It is a must visit place in Bikaner. There is also a museum in Junagarh Fort which displays various artifacts anf collections of ancient Bikaner.The structures built within the Junagarh fort are the palaces and temples, which are made of red sandstone and marble. The palaces are described as picturesque with their assortment of courtyards, balconies, kiosks and windows displaying the original lifestyle and way of living of the Maharanas of Rajasthan. The massive fort built in the plains of Bikaner has a rectangular layout with a peripheral length of 1,078 yards. The fort has seven gates for several palaces, pavilions and many temples of Hindu and Jain religions – the earliest dated to the 16th century. The beauty of the fort lies in the stone carving done in red and gold colored sandstones. The interiors of the palaces are decorated and painted in traditional Rajasthani style.