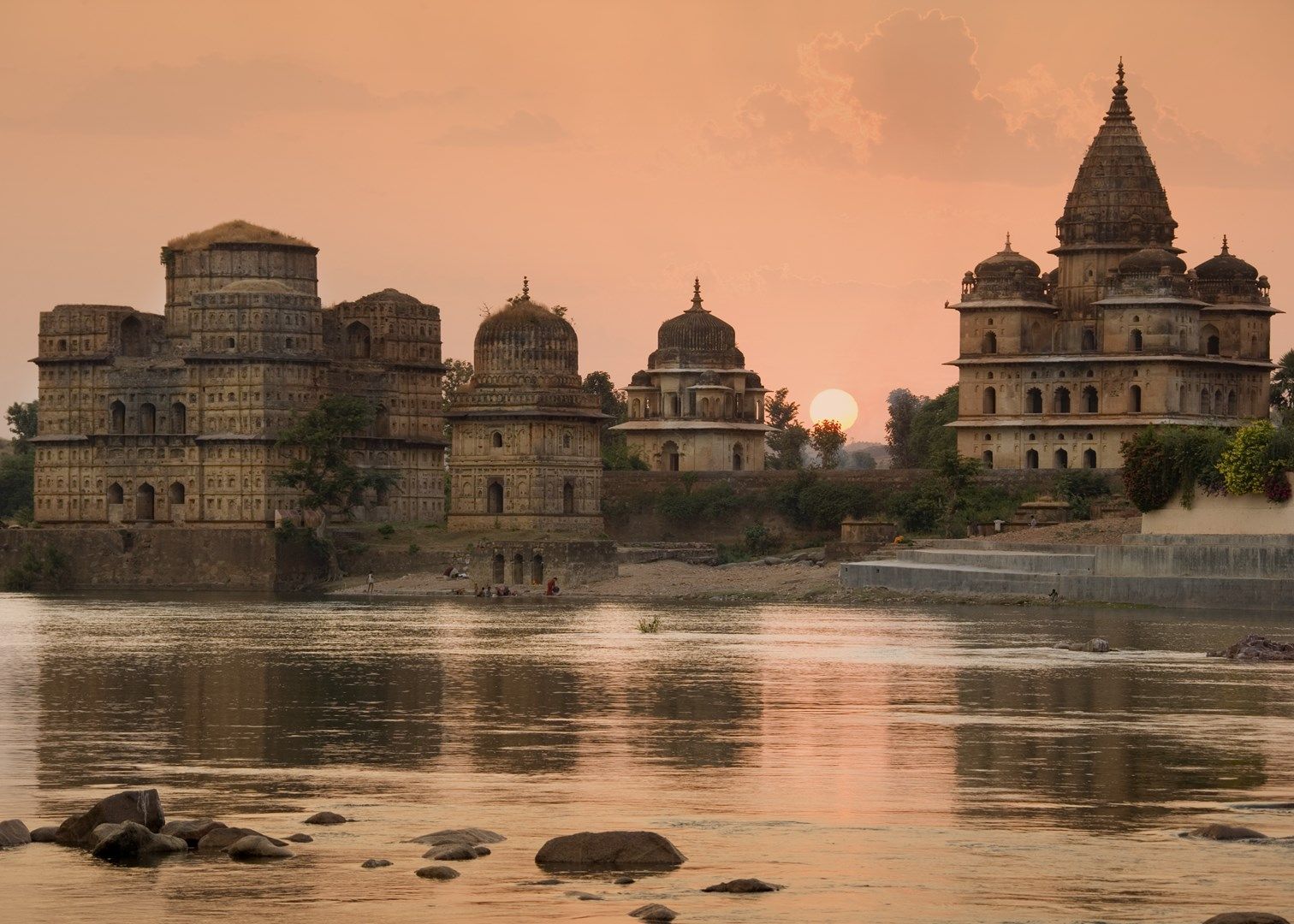 Orchha Town is a medieval city and it seems to have frozen in time, its palaces and temples still retaining their original grandeur.Orchha is a historical town in the Niwari district of Madhya Pradesh, India with a total population of around 12,000 inhabitants. The town encompasses a very dense collection of the historical buildings, gardens and traditional housings. It was the seat of an eponymous former princely state of central India, in the Bundelkhand region. The historical settlement derived its name from the phrase ‘Ondo chhe’ meaning ‘low’ or ‘hidden’. The site was indeed bowl-like, buffered by bluffs and forests, lying on the Betwa River. Orchha was founded in the 16th century by the Bundela chief Rudra Pratap Singh, who became the first King of Orchha. The son of Rudra Pratap Singh, Bharti Chand (r.1531-1554), shifted the capital from Garh Kundar to Orchha, because the site was a better place to fortify against the growing Mughal pressure. After almost a decade of mayhem, Bir Singh Deo (r.1605-1627) became the king of Orchha who was perhaps the greatest of the Bundela Kings of Orchha. Bir Singh Deo became closely affiliated with the Mughal heir prince Salim. On suggestion of the latter, he ambushed and murdered Akbar's closest counsellor Abu' Fazal in 1602. Although Akbar's army invaded Orchha the same year, and Bir Singh Deo had to flee, his vicious act was rewarded three years later, with the ascension of Prince Salim to the Mughal throne as Jehangir. Jehangir installed Bir Singh Deo as king of Orchha. Bir Singh Deo was a great builder, not only in Orchha, but he also constructed the Forts of Datia and Jhansi, and temples in Mathura and Varanasi which spread the Bundeli architectural styles to the various parts of North India. Later Hamir Singh, who ruled from 1848 to 1874, was elevated to the rank of Maharaja in 1865. Maharaja Pratap Singh (born 1854, died 1930), who succeeded to the throne in 1874, devoted himself entirely to the development of his state, himself designing most of the engineering and irrigation works that were executed during his reign in Orchha. Even though the seat of power changed frequently in Orchha, the city flourished and grew under the leadership of Bundeli kings and became the inception point for a new style of architecture known as the Bundeli architectural style.