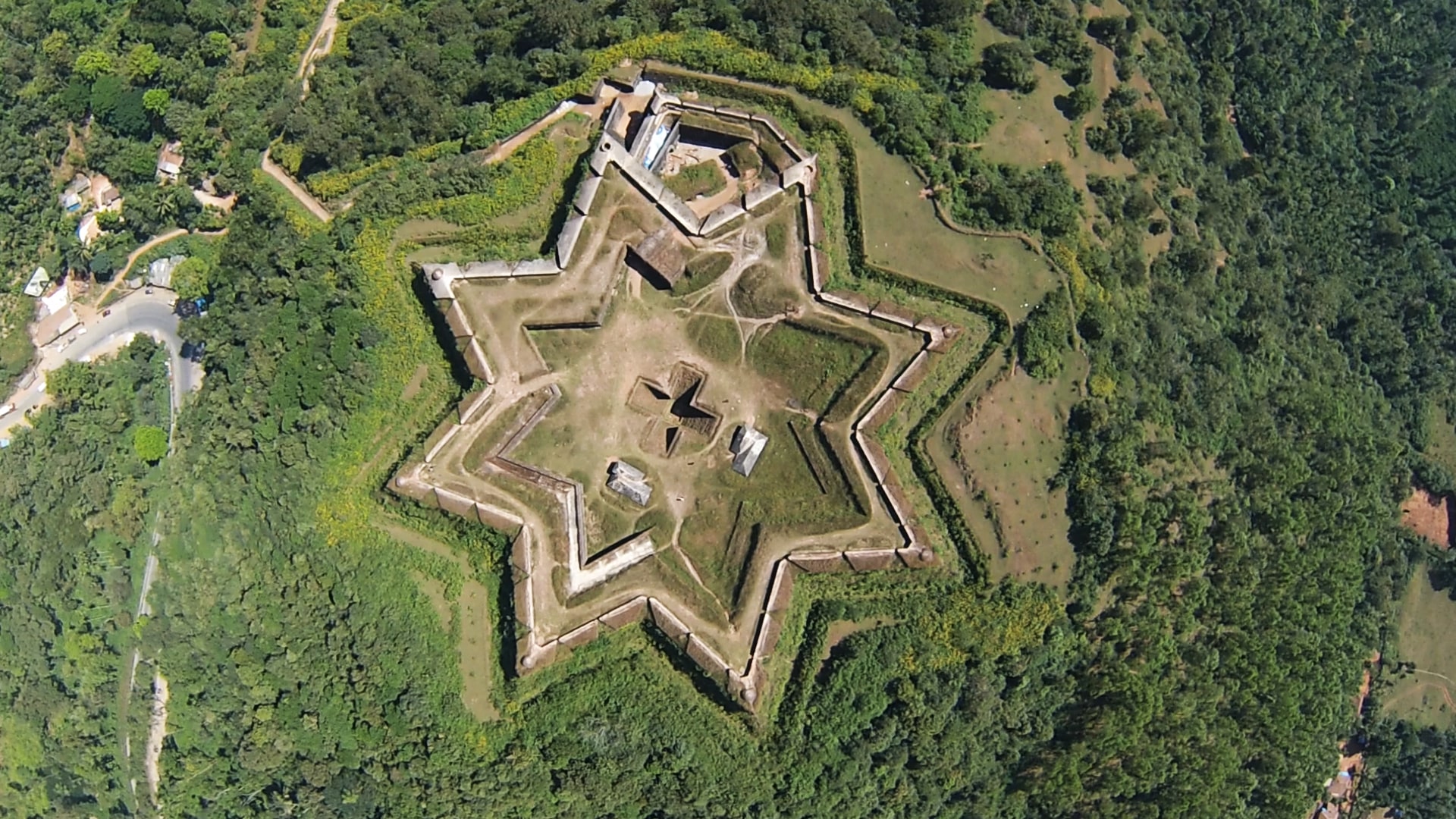 One of the most decorated forts of India, Manjarabad fort is home to the Hassan district of Karnataka. The Manjarabad fort traces back its root to the time of Tipu Sultan, the Mysore ruler who built it in 1792 with the aid of French military architects. The fort is located at a distance of 10 km from the Sakaleshpura town and is part of the Manjiraba Taluk municipality. The Manjarabad fort is situated on the hills and is built at an elevation of 988 meters, which gives it quite a commanding and clear view of the surrounding. In fact, on a clear day, one can see the Arabian Sea from the fort. The fort was built by Tipu Sultan in 1792 as part of his stance to maintain the authority over Mysore as a sovereign leader and also to ward off the advancements of the British East India Company. It was during this time, that the Nizam of Hyderabad had sided with the British side and Tipu Sultan had to resort to the guide of French engineers to build the fort. The name of the fort was derived from the word Manjara or Manju which means fog. The story behind this is when Tipu Sultan came to examine the fort, he found it to be surrounded in a fog. The fort is built with granite walls and lime mortar on the outside while the inside of the fort is built with the fired bricks. There are armory, barracks, stores and more in the fort inside. The Manjarabad fort is also known for being the most Vaubanesque star-shaped fort of India.