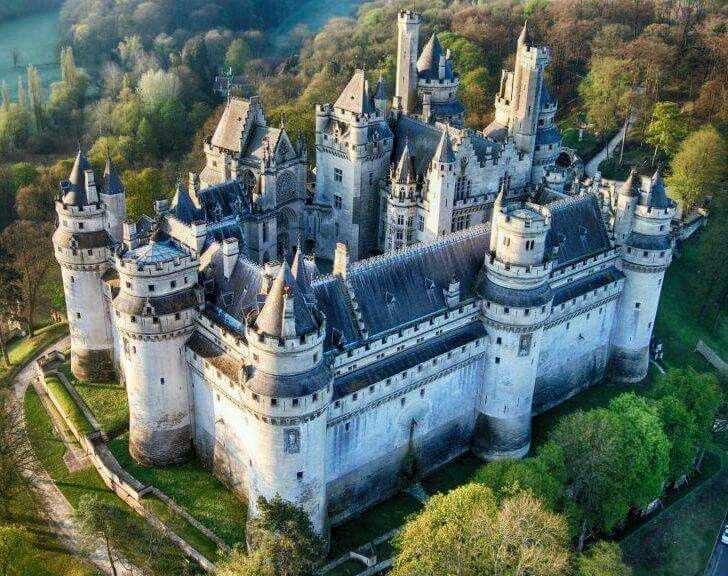 The Château de Pierrefonds is one of France's most handsome and imposing medieval castles. Its white stones and towers with multi-level turrets on top give it a romantic atmosphere reminiscent of the ideal Cinderella castle. The imposing castle , located 80 km to the north-east of Paris, appears enchantingly around a bend in the road beside the Compiègne Forest. Built in the 12th century, the castle was destroyed in the 17th century then completely restored by the architect Viollet-le-Duc under the direction of Napoleon III.Although the exterior was rather faithfully reconstructed, Viollet-le-Duc created an idealised interior typical of the romantic period. The castle has been used for the shooting of many films, including Les Visiteurs (1993) and The Messenger: The Story of Joan of Arc (1999) by Luc Besson.