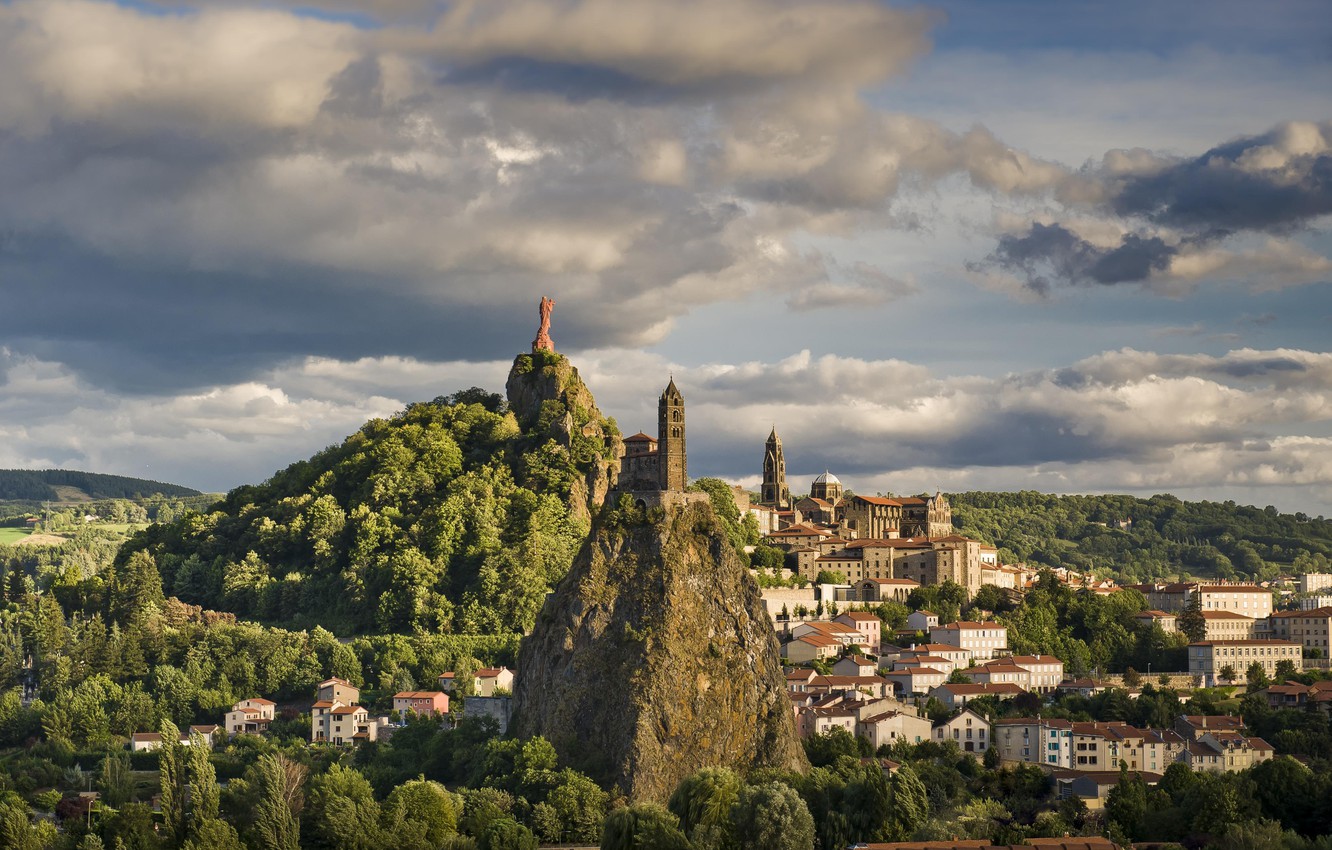 Sitting on top of a 2,500ft high hill of volcanic rock, the statue of Notre Dame de France, the Virgin Mary, looms over the town of Le Puy-en-Velay. Constructed in iron and painted pink, the 16m high statue was made from hundreds of melted down Russian cannons that were given to the town by Napoleon III after they were captured by the French during the Crimean War. Inaugurated in 1860, the view from the statue's feet is well worth the climb and is one of the most spectacular sights in the region!