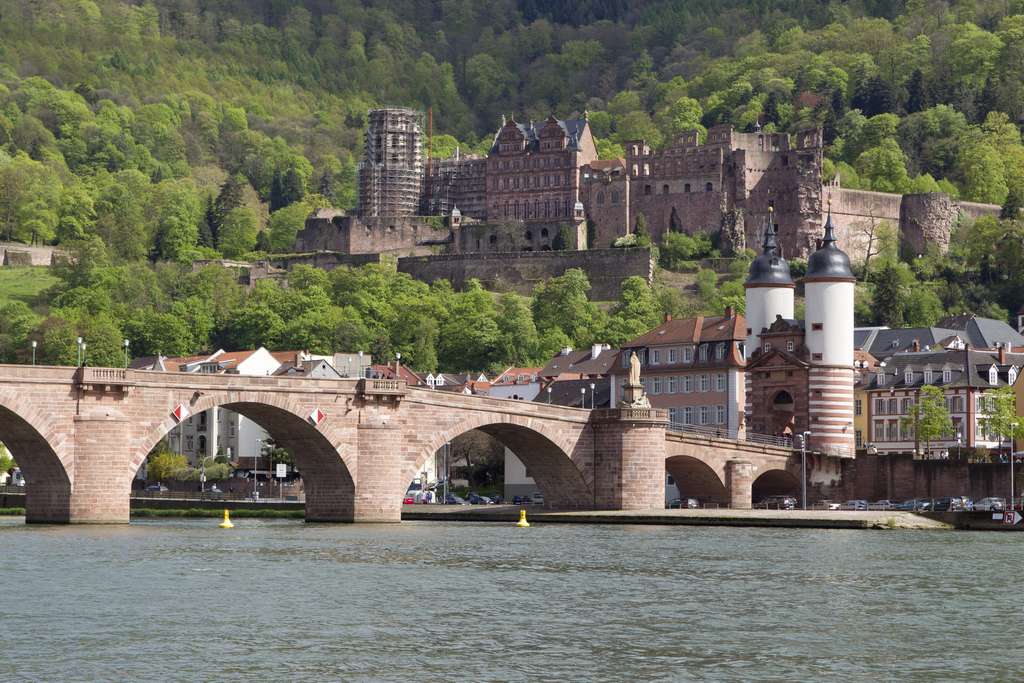 Home to the oldest university in Germany, Heidelberg was hit hard during 17th-century wars and rebuilt in the 18th century with baroque buildings. For a pleasant walk, stroll through the historic city center's Gothic streets. Be sure to take in Heidelberg Castle, the symbolic heart of the city; Alte Brucke, a beautiful 18th-century bridge; and the Student Jail. Built as long ago as the 16th century, it was used to keep mischievous students off the streets for three days to a month at a time. Surrounded by forest, Germany’s oldest and most famous university town is renowned for its baroque Altstadt, beautiful riverside setting and evocative half-ruined hilltop castle, which draw 11.9 million visitors a year. They follow in the footsteps of the late 18th- and early 19th-century romantics, most notably the poet Goethe and Britain’s William Turner, who was inspired by Heidelberg to paint some of his greatest landscapes.