The Masonic Initiation Wells of the Quinta... - Secret World 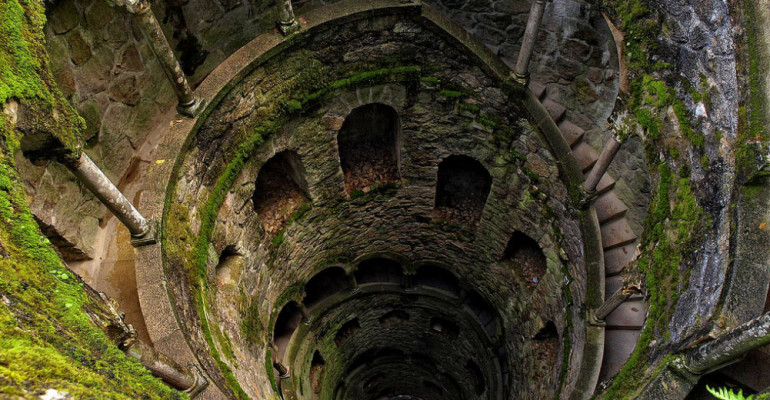 In the misty forests of Sintra, Portugal, lies a weird and mysterious place called Quinta da Regaleira. It is home to a spectacular palace built in 1904 by a man named António Augusto Carvalho Monteiro, who embedded his fascination with the occult, masonry and alchemy into its walls and wells. Symbols of Rosicrucianism, the Knights Templar and the Masons are hidden throughout its spectacular architecture. The wells are two tunnels dug into the earth, the largest almost 30 meters deep, ending in a tiled floor depicting a compass and Templar cross. A spiral staircase runs down the well walls, with nine levels of 15 steps, signifying the nine levels of Hell from Dante’s Inferno. It’s believed these “initiation wells” were used to perform Mason initiation rites and rituals, although nothing is known for sure about their purpose. From the top of the well, one stares into the pits of the earth; from the bottom, one sees the glimmering sunlight of the surface. Returning to the earth from whence we came, and re-emerging into the light from the cold embrace of darkness. I can only imagine the energy and mystery of being in a place like Quinta da Regaleira!