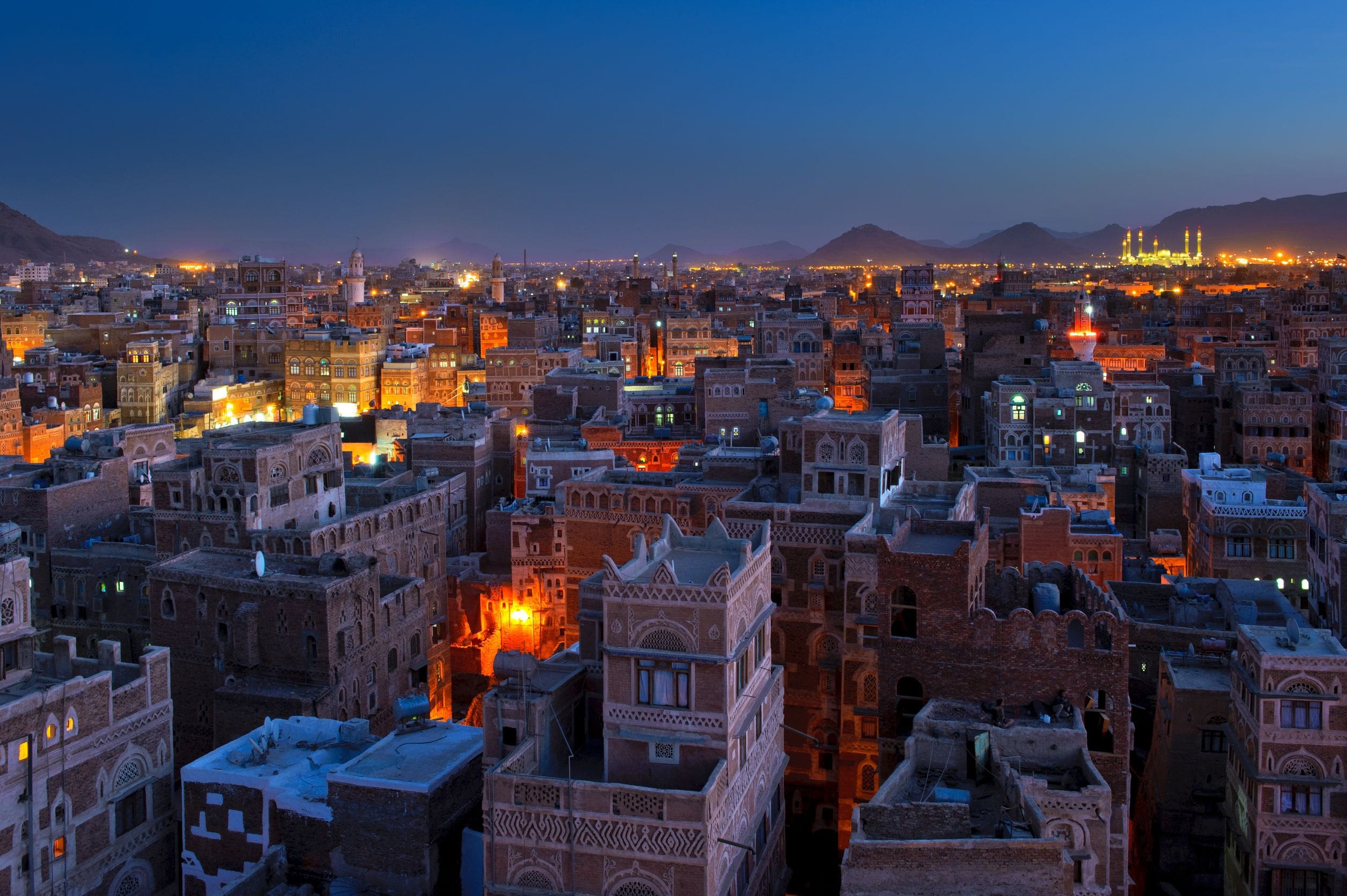 Sanaa is one of the oldest, continuously inhabited cities of the world; at about 2,300 meters above sea level, it's also one of the highest capital cities in the world. Sanaa is where Old Sanaa and Bab el Yemen are. Amazing. Wonderful. Fascinating. Fantastic. Are all words, and many more such superlatives, that can be used to describe Old Sanaa and Bab El Yemen . Of all places in Sanaa, Old Sana'a and Bab al Yaman are the most mesmerizing and most enchanting. It has been almost 800 years since Saleh Qaid Othaim’s house in the heart of the Old City was built from hand-cut stones and traditional alabaster decorations. Old City is one of the world’s architectural gems, a thicket of unearthly medieval towers etched with white filigree and crowned with stained-glass windows. But more unusual than their mere survival is the fact that the traditional building arts continue to thrive here. Elsewhere in the Middle East, many older houses are being ripped down to make way for bland steel-and-glass high-rise buildings. The hyper-modern skyline of Dubai, United Arab Emirates, with its mismatched skyscrapers looking as if they were hurled down at the Persian Gulf from outer space, is being emulated in Beirut and other cities. Yemen is different.