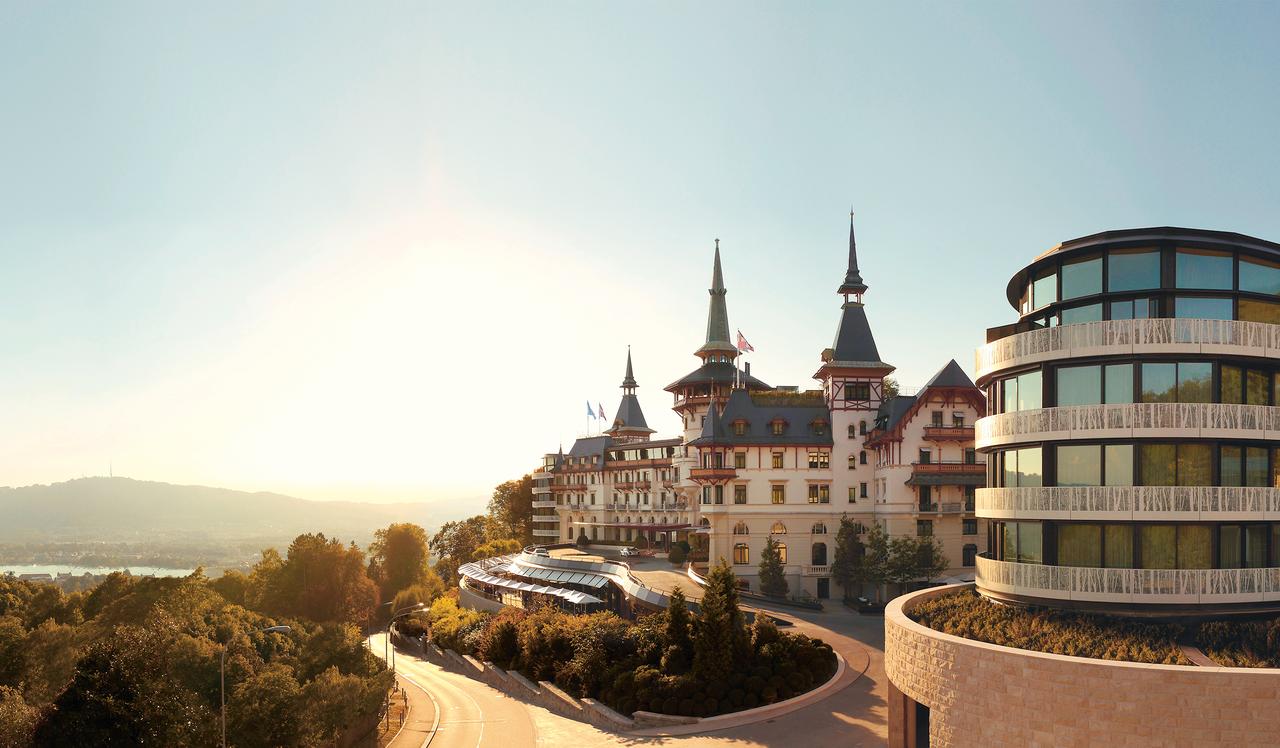 The Dolder Grand is a legendary hotel in a great city. I... - Secret World

The Dolder Grand is a legendary hotel in a great city. It is city resort atop Lake Zurich in prosperous, placid Zurich in Switzerland. First opened in 1899, The Dolder Grand reopened in in 2008 after a four-year transformation by "starchitect" Sir Norman Foster. The Dolder Grand now has several sections: the original grand hotel building and two circular, sleekly modern new wings. • See the definition of a grand hotel The 173-room Dolder Grand is full-service. It offers two restaurants including a two-Michelin-star kitchen; a stylized cocktail bar; a dazzling 40,000 square-foot spa; a 9-hole golf course; a winter ice rink; and five clay tennis courts. The Dolder Grand is set on a mountain that looms above Zurich. Guests take an old-fashioned funicular car up and down for jaunts to the city. The hotel flanks a "green zone" park and nature reserve, giving it an exclusive, hilltop hideaway feel.