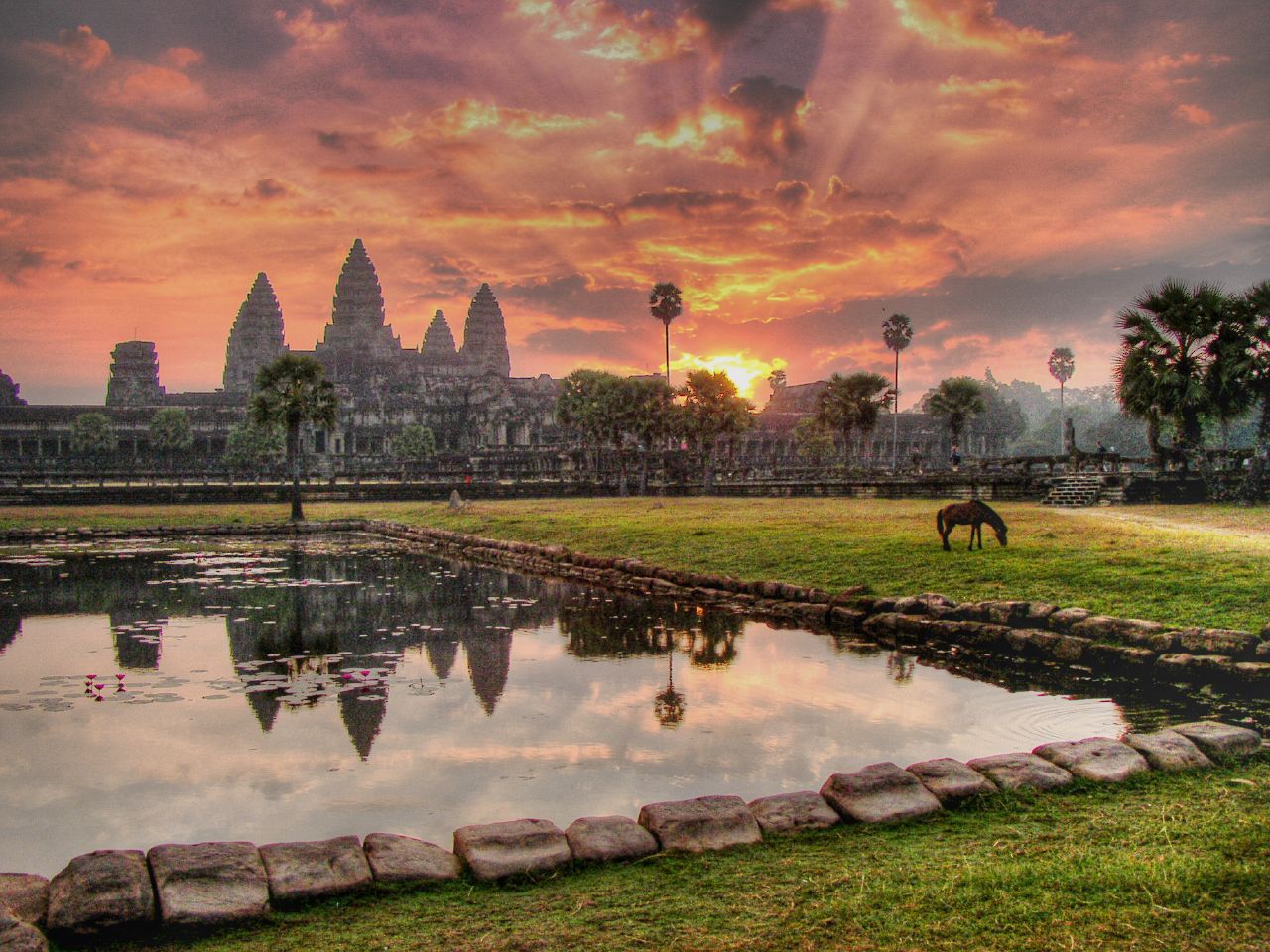 Angkor is one of the greatest archaeological treasures in the world – a 1,000 year old city that once covered an area the size of London. Angkor Wat is a temple complex in Cambodia and the largest religious monument in the world, with the site measuring 162.6 hectares (1,626,000 sq meters). To this day, archeologists are continuing to unearth its secrets… The sprawling Cambodian temple complex is an UNESCO World Heritage Site and is source of national pride and international renown thanks to its distinctive sandstone spires, intricate artistry and massive moat that encloses the grounds in a three-and-a-half-mile perimeter. First dedicated to Vishnu as a Hindu temple and later a center of Theravada Buddhism, the well-preserved site is one of more than 1,000 temples in the Angkor area.The best way to visit Angkor is by staying in Siem Reap and arrange transportation to the Archaeological Park from the city. Considering that over two million people visit the place annually, it’s definitely not a problem to find the type of organized or individual tour that meets anyone expectations.