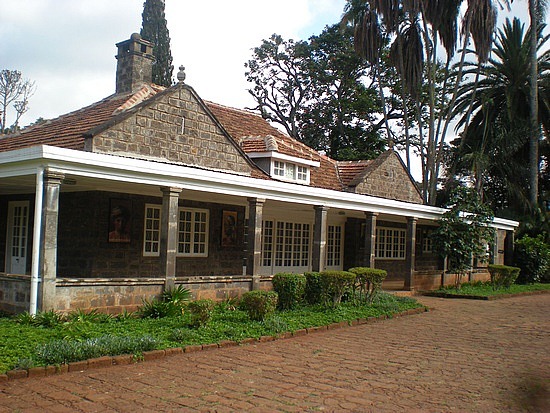 Built in 1912 by the Swedish engineer Åke Sjögren, the bungalow-style house was bought by Karen Blixen and her then-husband, Baron Bror von Blixen-Finecke in 1917. While she separated from her husband in 1921, Blixen lived at the house in what was then British East Africa and ran a large coffee plantation on the grounds until she returned to Denmark 1931. Her life here is chronicled in Blixen's most famous book, Out of Africa, as well as her book Shadows of the Grass. The house was later donated by the Danish government in 1964 to the new Kenyan government as an independence gift.The house opened to the public in 1986 as one of Kenya's national museums in 1986 following the popularity of the 1985 movie, Out of Africa. (However, this house was not used for the filming of Out of Africa, as the pictures were taken in her first farmhouse, Mbagathi, nearby, where she lived between 1914 and 1917.) Nowadays the museum is situated in the upscale Nairobi suburb of "Karen," a town that was created by the parcelling out of the coffee farm's land after Blixen's return to Denmark.