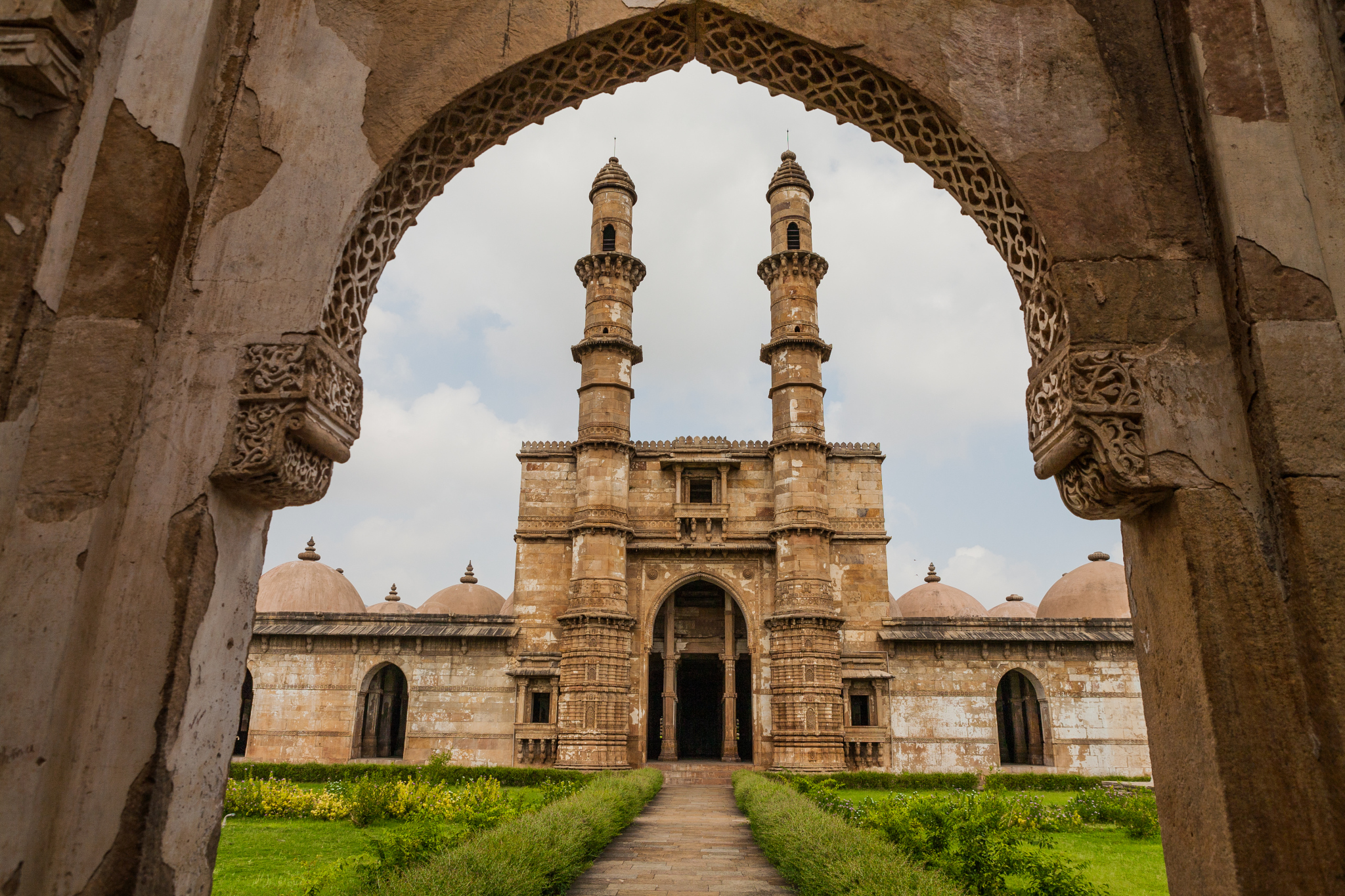 The Champaner-Pavagadh Archaeological Park with its ancient Hindu architecture, temples and special water retaining installations together with its religious, military and agricultural structures, dating back to the regional Capital City built by Mehmud Begda in the 16th century, represents cultures which have disappeared. The structures represent a perfect blend of Hindu-Moslem architecture, mainly in the Great Mosque (Jami Masjid), which was a model for later mosque architecture in India. This special style comes from the significant period of regional sultanates. The Champaner-Pavagadh Archaeological Park is an outstanding example of a very short living Capital, making the best use of its setting, topography and natural features. It is quite vulnerable due to abandonment, forest takeover and modern life. The Champaner-Pavagadh Archaeological Park is a place of worship and continuous pilgrimage for Hindu believers. (Unesco)