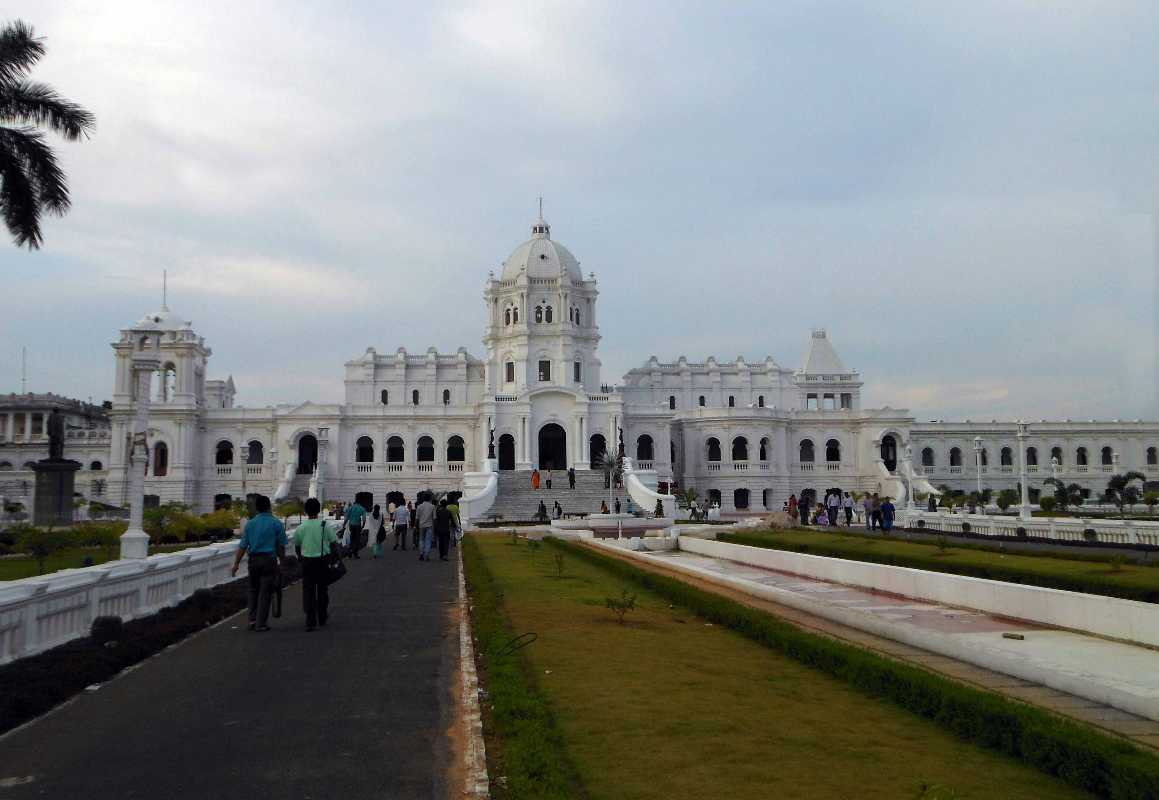 Founded in 1951, the Salar Jung Museum is situated on the southern bank of the Musi River in the city of Hyderabad, Andhra Pradesh, India. Comparable to London’s Victoria & Albert Museum, this collection is vast to say the least. From sculptures to paintings, carvings, manuscripts, ceramics, textiles, carpets, metal work, clocks, and furniture from all over the world, the Salar Jung is the third largest of India’s museums, housing many of India’s most important treasures. Mir Yousuf Ali Khan (otherwise referred to as Salar Jung III) came from the noble Salar Jung family, from which five members had served as Prime Ministers to the Nizams, who ruled the state of Hyderabad from 1720 to 1948. Salar Jung III’s grandfather, Mir Turab Ali Khan, was awarded a family title at the age of 13. He was thus known as Salar Jung I and later became Prime Minister at the age of 24. Known for his reforms and excellent administration, Salar Jung I was a great lover of art, which had a lasting influence on his family – including his grandson — whom he never met, but who would go on to collect the vast majority of the artefacts available on display today. Salar Jung III was merely 24 days old when his father died. At the age of ten, he was granted the family title of Salar Jung Bahadur, which later made him Prime Minister. But in November 1914, Salar Jung III relinquished his post. It was from that point onwards that Salar Jung III dedicated his life to enriching his collection. Upon Salar Jung III’s death in 1949, the Government of India appointed a committee to administer the Salar Jung Estate; given that he died childless there was no one else to continue the maintenance of this extraordinary collection. The Museum was officially founded in 1951 in Diwan Devdi, the residential palace of the Salar Jung family which had 78 rooms and a large number of different buildings on the grounds. Initially opened as a private museum, the current collection contains only half of the original wealth of artefacts obtained by Salar Jung III. The whereabouts of the missing pieces are unknown. In 1958, it was decided that the Government would take over the museum, which had previously been maintained by the Salar Jung Estate Committee. This was somewhat of a compromise, and in 1961 there was an Act of Parliament declaring the Salar Jung Museum and its library as an Institution of National Importance. The administration at this point was then transferred to an Autonomous Board, with the Governor of Andhra Pradesh as its Chairman. In 1968, the museum was moved from Dewan Devdi to its present site of Afzalgunj, Andhra Pradesh; through this move more works of art went missing – either lost or stolen. Despite this upheaval, what remains of Salar Jung III’s original collection is still vast and impressive. Throughout his life, it is believed that Salar Jung III collected some 43,000 artifacts and 50,000 books and manuscripts. Unfortunately, only a few of these remain on display in today’s museum. Amongst Salar Jung III’s collection are many important works by the artist Raja Ravi Varma, considered one of the greatest painters in the history of Indian art. Known for fusing Indian artistic traditions with the techniques of European academic art, Varma gained his recognition from his depictions of scenes from the Sanskrit epics of the Mahabharata and the Ramayana (often compared to the Bible, Qu’ran, works of Homer and Shakespeare with regards to cultural importance). In addition to the extensive painting collections, the artifacts on display give an indication of the wealth of craftsmanship that has existed around the globe for centuries; exquisite textiles from the Middle East, ornamental jade carvings from Indian Emperors, ceramics from Sino-Japan, and glass and furniture from Europe.