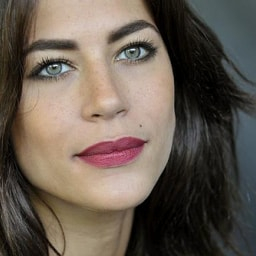 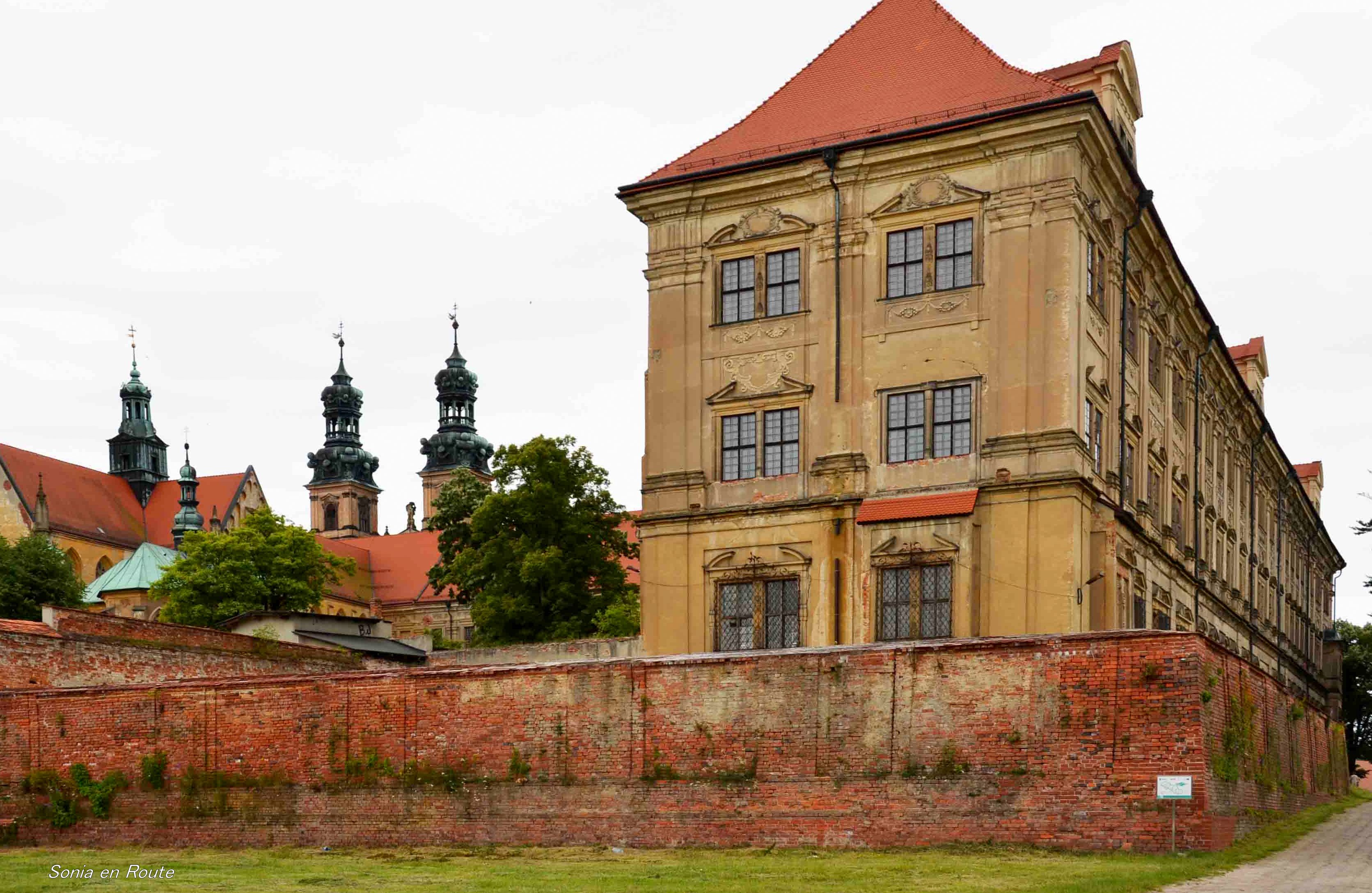 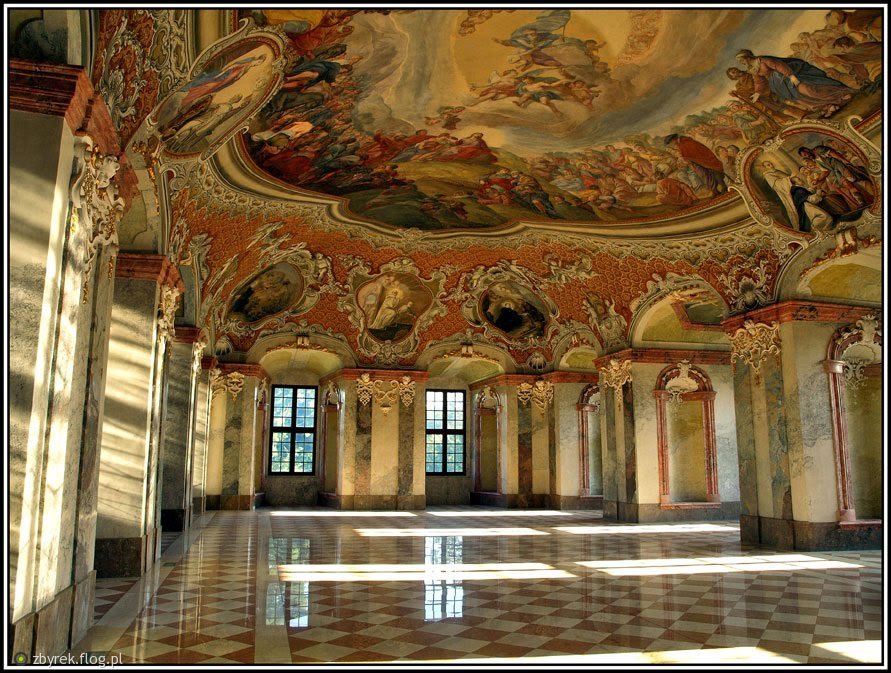 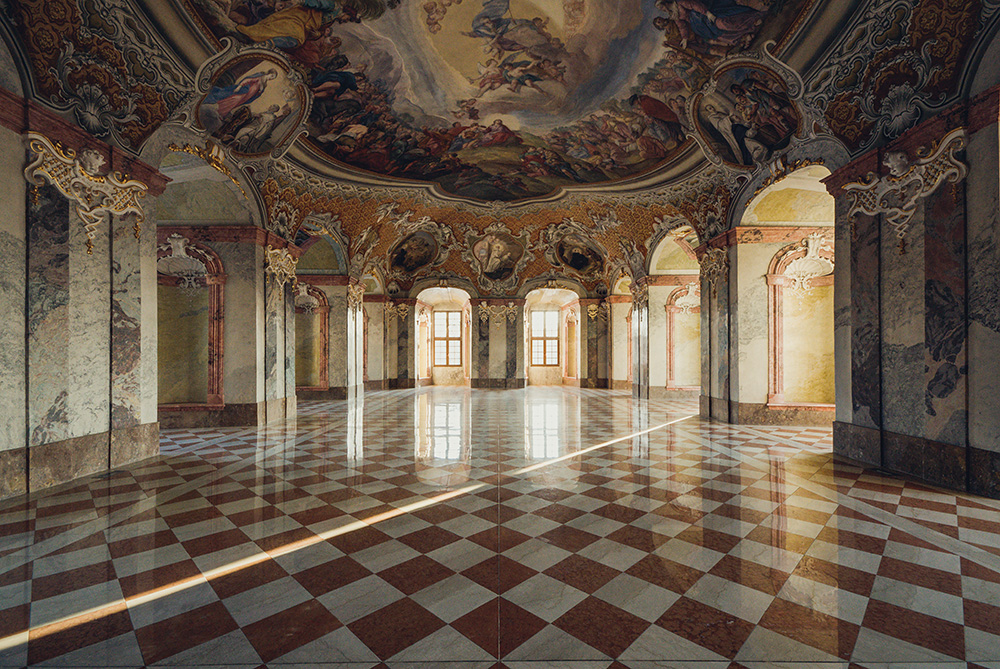 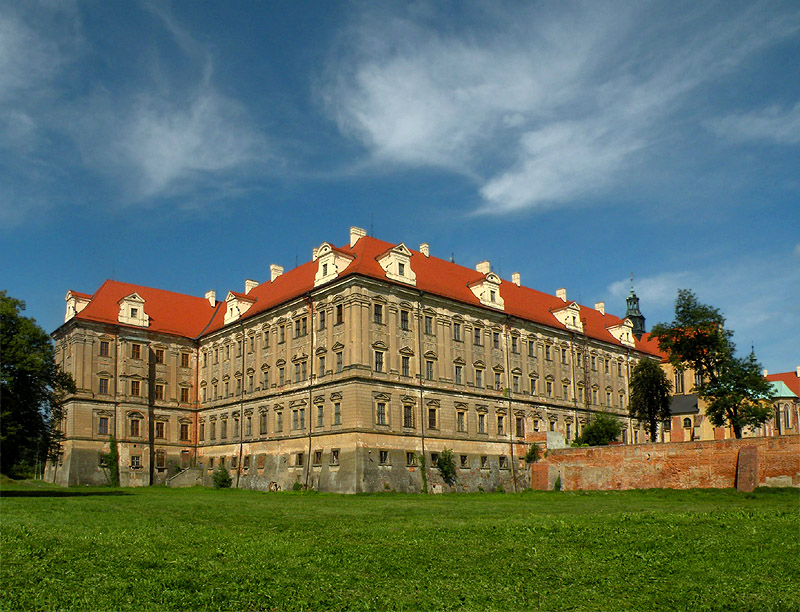 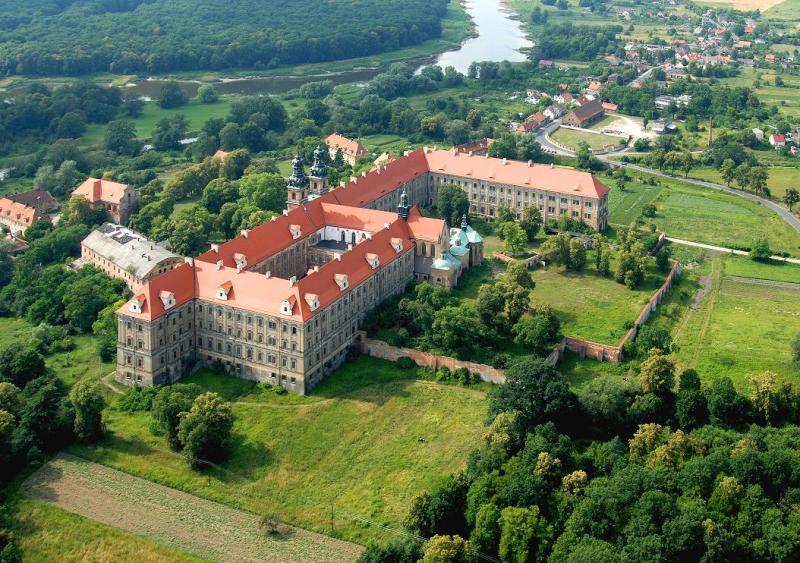 The abbey is situated near a ford across the Oder river, where a Benedictine monastery and church of Saint James may have been established about 1150, but had already been abandoned before 1163. At this time the area belonged to the Duchy of Silesia, bequeathed by Duke Boles?aw III Wrymouth of Poland to his eldest son W?adys?aw II in 1138. In a fratricidal conflict of the Polish Piast dynasty, W?adys?aw was expelled by his younger brother and fled to Altenburg in the Holy Roman Empire. With the aid by Emperor Frederick Barbarossa, however, his sons were restored to their Silesian heritage in 1163. W?adys?aw's eldest son, Duke Boles?aw I the Tall, had spent several years in German exile. When he assumed the rule of Lower Silesia, he invited Cistercian monks from Pforta Abbey on the Saale River (in present-day Thuringia) and settled them in Lubi?? as the first of their order in Silesia. The first monastery complex was under construction up to 1175, when Duke Boles?aw I issued the official foundation charter at Grodziec Castle. Through drainage works the monks reclaimed land in the swampy environs of the monastery, implemented three-field crop rotation and laid out vineyards. Their efforts were successful and marked the beginning of the medieval German Ostsiedlung to Silesia. About 1200 the abbey church was rebuilt, at that time the first Brick Gothic building in the region. When Duke Boles?aw I died in 1201, he was buried here. The rise of Leubus continued under the rule of his son Duke Henry I the Bearded and his consort Hedwig of Andechs. In 1202 the couple established Trzebnica Abbey, which in 1220 became a daughter house of Leubus by order of Pope Honorius III. It was followed by the establishment in 1222 of Mogi?a Abbey in Lesser Poland and Henryków Abbey in 1227. In 1249 the monks of Leubus took over the former Augustinian abbey of Kamieniec and in 1256 even established a monastery at Byszewo in Kuyavia, relocated to Koronowo in 1288. From 1249 to 1844, the place held town privileges. In 1327 the Silesian duke Henry VI the Good declared himself a vassal of King John of Bohemia, and when he died without male heirs in 1335, his lands including Leubus fell to the Kingdom of Bohemia. The monastery complex was devastated by the Hussite Wars, and furthermore the monks were expelled by warlike Duke Jan II the Mad in 1492, who turned the abbey into a hunting lodge. The Cistercians were not able to return until Jan II retired to Frankfurt an der Oder in Brandenburg. In the 16th century the abbey had to deal with the Protestant Reformation and the inheritance of the Lands of the Bohemian Crown by the Austrian House of Habsburg. During the Thirty Years' War, Leubus was occupied and plundered by Swedish troops in 1638. The Cistercians were expelled from Lubi?? in 1810 by King Frederick William III of Prussia. During World War II, the buildings of the former abbey were used for secret research laboratories and manufacturing facilities, among other things for the development of radar components. The engines for V1 and V2 rockets (using prisoners for labour) were manufactured in Lubi??. At the end of the war, the former abbey housed soldiers of the Red Army, and then a Russian military psychiatric hospital, with significant damage. Decades of neglect followed. Since 1989, the abbey has been under renovation and has become a significant tourist destination. The area of the roofs is about 25, 000 square metres. The façade, with a length of 223 m, is the longest in Europe after that of El Escorial in Spain. In the crypts are 98 well-preserved mummies of Silesian dukes. References: Wikipedia