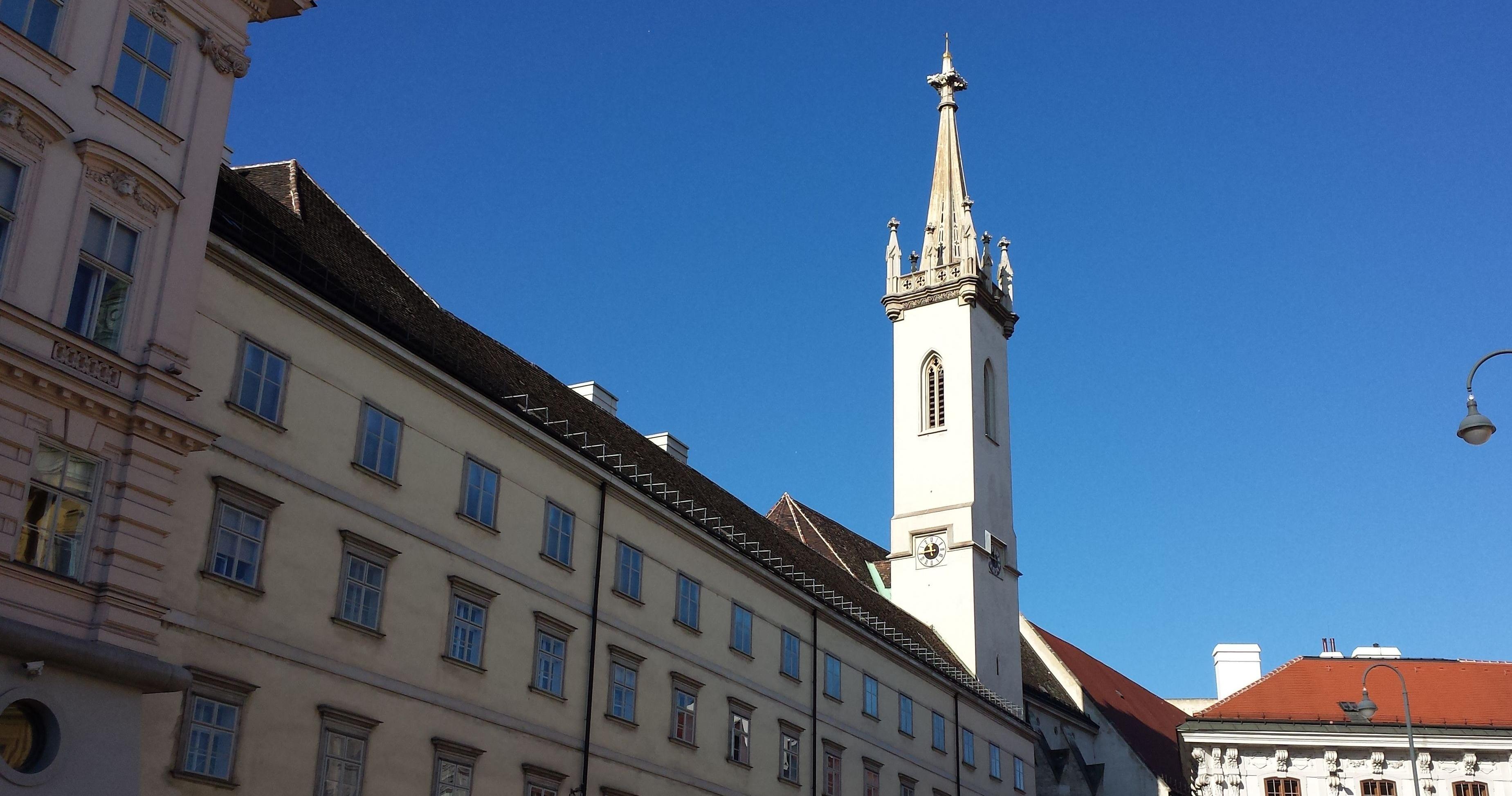 Augustinian Church was originally built in 1327 as the parish church of the imperial court of the Habsburgs. In 1634, the Augustinerkirche became the parish church of the imperial church. As imperial church, many Habsburg weddings took place there, including the wedding of Archduchess (and future Empress) Maria Theresa in 1736 to Duke Francis of Lorraine, the wedding of Archduchess Marie Louise in 1810 to Emperor Napoleon Bonaparte of France, and the wedding of Emperor Franz Joseph in 1854 to Duchess Elisabeth in Bavaria. The nave was built under architect Dietrich Landtner from 1330 to 1339, but not consecrated until 1 November 1349. As the nearby Hofburg expanded, the Augustinerkirche gradually became engulfed by it and today is a part of the complex. Although inconspicuous from the outside, the inside is more ornate. During the reign of Emperor Joseph II, 18 side altars were removed in 1784 when the church was restored in the gothic style. A new side altar was added in 2004, dedicated to Emperor Karl I of Austria (1887–1922) who is on the path to being recognized as a saint by the Roman Catholic Church. The Loreto Chapel, to the right of the main altar, holds the silver urns containing the hearts of Habsburg rulers, while their bodies are kept in the Imperial Crypt. Herzgruft contains the hearts of 54 members of the imperial family. Notable among the church's monuments is the memorial to Archduchess Maria Christina of Austria sculpted by Antonio Canova, in 1805. References: Wikipedia