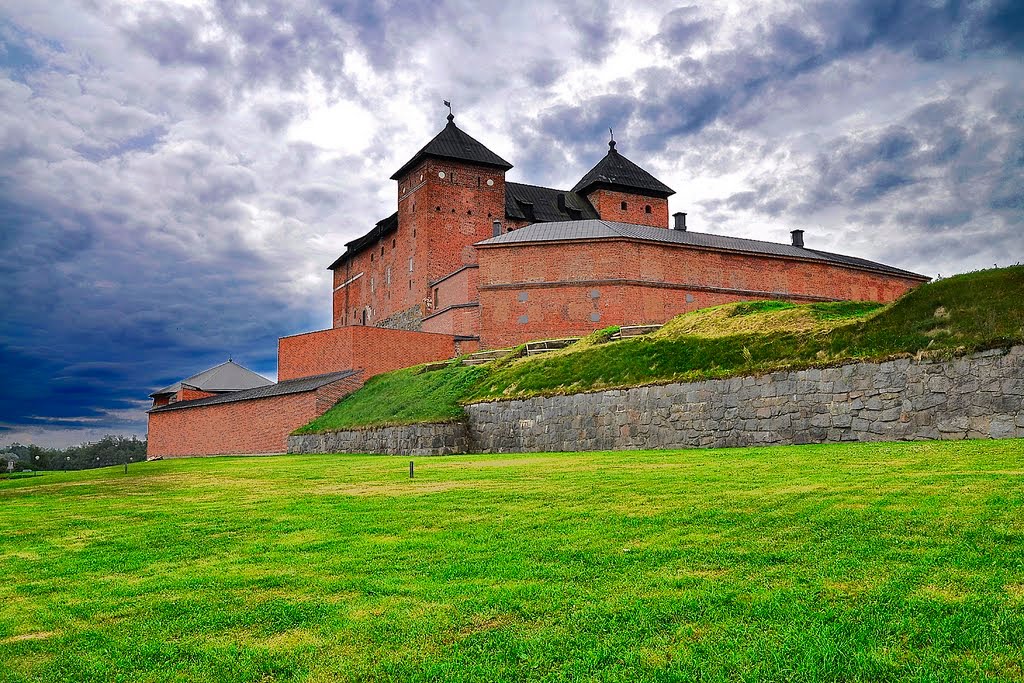 The medieval castle of Häme is located on the coast of lake Vanajavesi. It was originally located on an island. The castle's age is disputed. Traditionally the construction of the castle has been connected to the legendary Second Swedish Crusade which would date the castle in the mid-13th century. However, there are no finds from the castle that can be firmly dated to a period earlier than 1320s. Also the contents of the crusade legend have been seriously contested. An earlier fortification from about 1300 only some 20 kilometres away in Hakoinen also makes a 14th century dating for Häme Castle more probable. Only one castle ("Tauestahus") is listed in Tavastia in a royal document from 1308. Also, the Russian Novgorod Chronicle only mentions one castle during their plundering of Tavastia in 1311, its description matching well with the castle in Hakoinen. The construction of Häme castle probably started after the Novgorod invasion. The first castle was made of gray stone, and later bricks were used. The castle lost military importance by the end of the 16th century. Its defensive systems were upgraded in the 18th century with bastions around the castle. The castle became a prison in the 19th century and served as such until 1953, when massive restoration work started. The castle has been a museum since 1988. Facilities can also be rented for private events. References: Wikipedia