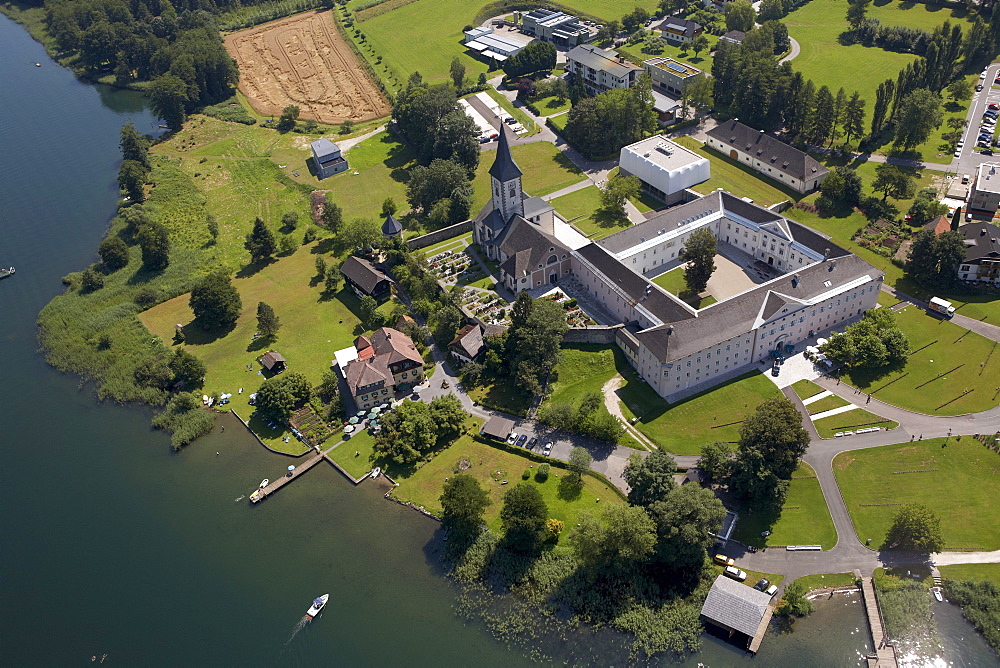 Ossiach Abbey was founded around 1000 CE by the bavarian Graf Ozi I and his wife Irenburgis. In 1019, their son Ozi II sold the abbey to his brother Poppo, Patriarch of Aquileia. In 1028, Emperor Conrad II confirmed that Ossiach Abbey was part of the holdings of the Patriarch of Aquileia. In 1484, the church and monastery were destroyed by a fire. According to a legend from 1521, the Polish king Boleslaus spent his last years in the monastery, atoning for his sins as a mute penitent. After the monastery was dissolved in 1783, the monastery church became a parish church and the abbey passed into state ownership. The buildings were used as a barracks and later as a stud farm. In 1816, large parts, including the cloister court on the southern side of the church, were removed and the abbey threatened to fall into disrepair. In 1946, the Österreichische Bundesforste (the national forestry service) took over the property and prevented its demolition. The abbey was converted into a hotel. Under the auspices of Pastor Jakob Stingl, the abbey was completely restored from 1965-1975.Together with the musician and manager Helmut Wobisch, he also initiated the “Carinthian Summer”. The Ossiach Abbey church has been the venue for this internationally renowned summer festival’s musical events since 1969.