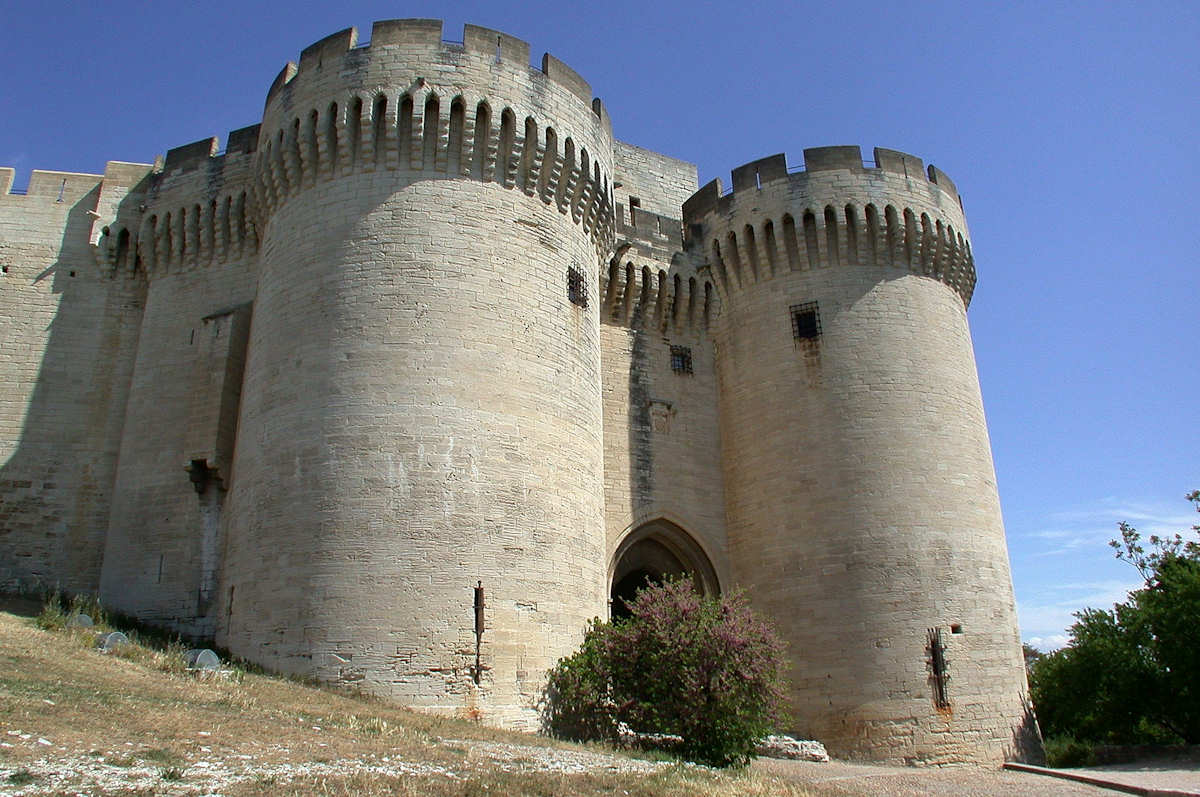 The treaty of Meaux-Paris, signed in 1229 at the end of the Albigensian Crusade, handed the French crown land to the west of the Rhone from Pont-Saint-Esprit to the Mediterranean and a joint interest in the city of Avignon. In 1290 the French king, Philip IV, ceded his claim to Avignon to his father's cousin, Charles II of Naples who was the Count of Provence through his marriage to Beatrice of Provence. The Benedictine Abbey of Saint-André occupied a strategic position on Mount Andaon within sight of the town of Avignon which lay on the other side of the Rhone. Mount Andaon is a rocky outcrop with steep sides to the north and the east that rises 50 m above the floodplain of the Rhone. The abbey had been founded at the end of the 10th century and possessed extensive property with over 200 churches spread over a wide area of southern France. In 1290 Philip IV instructed Adam de Montcéliard, the sénéchal of Beaucaire, to negotiate an agreement with the abbey to cooperate in the defense of the right bank of the Rhone. The paréage treaty signed in 1292 specified that Philippe le Bel could build a fortress with a permanent garrison next to the abbey and a castle by the river. The abbey surrendered temporal power but obtained protection from the unwanted pressure from the city of Avignon which wished to control both banks of the Rhone. By 1302 fortifications, including an initial Tour Philippe-le-Bel, had been built at the western end of the Pont Saint-Bénézet which lay less than kilometer from the abbey. In 1309, Pope Clement V moved the papacy from Rome to Avignon. The fortress of Saint-André, with the curtain wall that surrounded the abbey, was built in several stages during the first half of the 14th century. The surviving manuscripts do not allow the construction to be precisely dated. A châtelain is mentioned in documents dating from 1314 and 1344, a guard is mentioned in 1318. The carved crest placed by the abbey above the entrance is dated 20 July 1367. This was probably when modifications were made to the entrance arch. The fortress was continually occupied by officers of the crown up to the time of French revolution. The fortress was clearly visible from Papal State across the Rhone in the town of Avignon and was intended to demonstrate the power of the Kingdom of France. References: Wikipedia