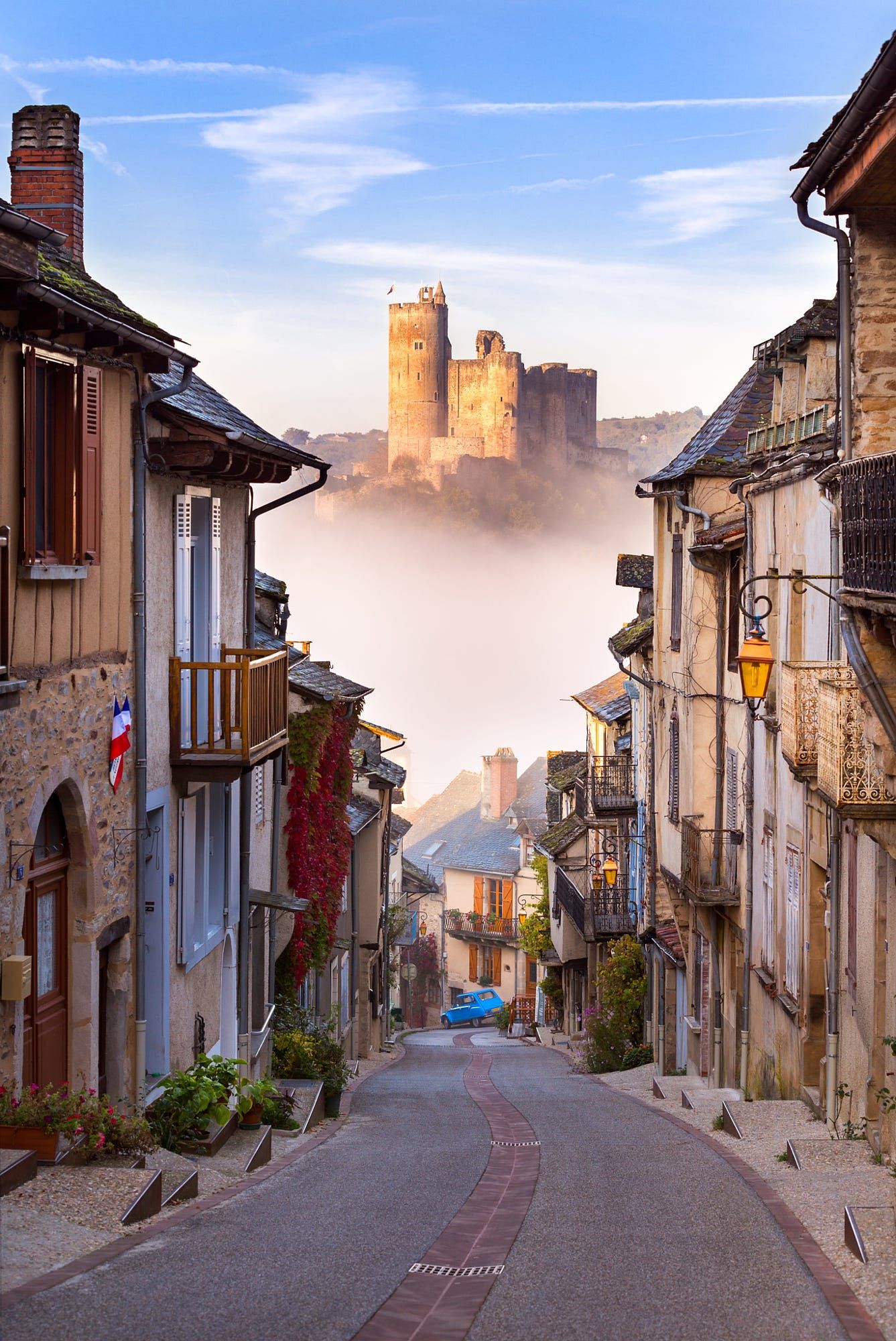 Château de Najac was built in 1253 by the villagers on the orders of Alphonse de Poitiers, brother of king Louis IX of France. It was erected on the site of an older castle (a square tower) built in 1100. The inner bailey of the castle forms a rough rectangle, with the longest side about 40 meters long. Towers project from the South and North walls, and there are towers at each corner, including an earlier square tower and a large round donjon from where the defence of the castle can be coordinated. The gate is protected by a barbican. The castle has a world record with its 6.80 metre high archères (a thin aperture for archers), such a size being designed to allow use by three archers at the same time. A secret corridor, hidden within the walls, links the Romanesque tower to the chapel of the keep. Possession of this castle, built 200 meters over the Aveyron River, was key to control of the region. Najac has been near major events of history: the first English occupation, the Albigensian Crusade, the Hundred Years' War, the imprisonment of the Knights Templar, the peasants' revolts, and the French Revolution. After having been used as a stone quarry in the 19th century, Najac was saved by the Cibiel family, who own it and open it to visitors. The Château de Najac is one of a group of 23 castles in Aveyron who have joined together to provide a tourist itinerary as the Route des Seigneurs du Rouergue. References: Wikipedia