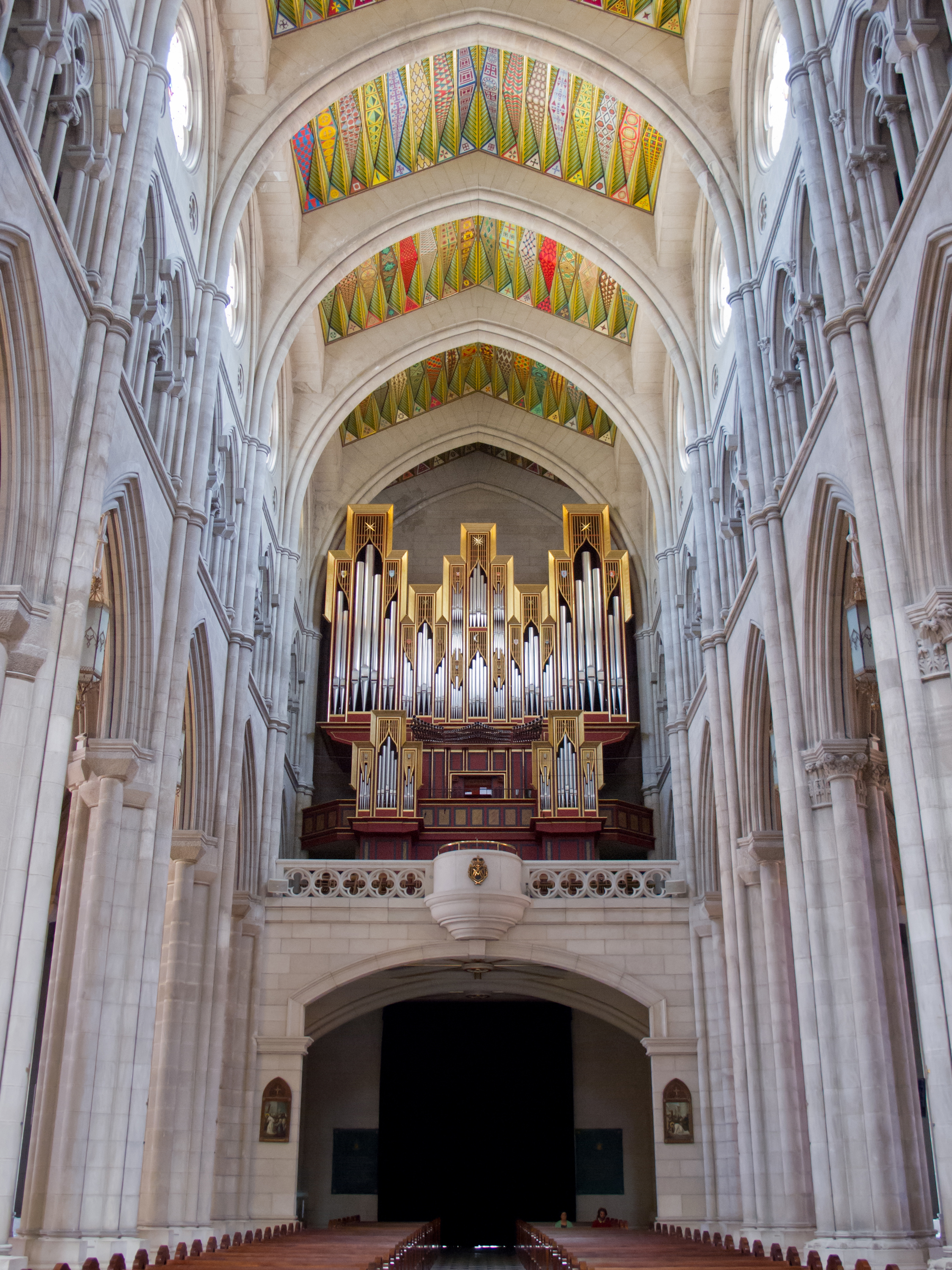 Remarkable as it may seem, the delay until such recent times in the building of a cathedral in the capital can largely be attributed to the fact that Madrid was part of the Archdiocese of Toledo, which was reluctant to relinquish it. Plans for the building were, however, progressed when Pope Leo XIII separated the capital from Toledo in the creation of the Diocese of Madrid-Alcalá. Until the current building was completed, the Cathedral was temporarily housed in the Jesuit College church of San Isidro. Alumeda was finally consecrated in 1993 by Pope John Paul II, and remains the only Spanish cathedral to have been consecrated by a Pope. The cathedral is consecrated to Santa Maria de la Almudena, a name which has Arabic origins: al mudayna, means "the castle". Legend has it that in the 8th century, when the Moors invaded the fortress where Madrid now stands, the people hid an image of the Virgin in the city walls, and only when the city was reconquered in the 15th century did a wall crumble to reveal her presence once again. Some versions suggest that the legendary el Cid found the image in the wall, and the Virgen helped him to retake the city. The building is a mixture of styles with a neoclassical exterior, a gothic revival interior, and a neo-romanesque crypt. It is constructed of granite and marble, with a large neoclassical cupola and two towers at the main entrance. The Catedral de Santa María la Real de la Almudena sits next to the Palacio Real, separated from it by a spacious square, the Plaza de la Armería. Unusually for a church, it is not oriented east and west, but has its orientation north and south, as it was originally conceived as an integral part of the Royal Palace complex. A second entrance, in the Calle Bailén, has impressive bronze doors by the sculptor Sanguino, depicting the discovery of the image of the Virgin.