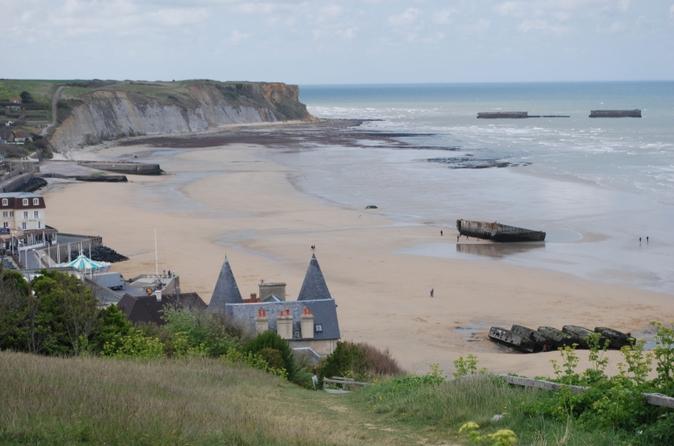 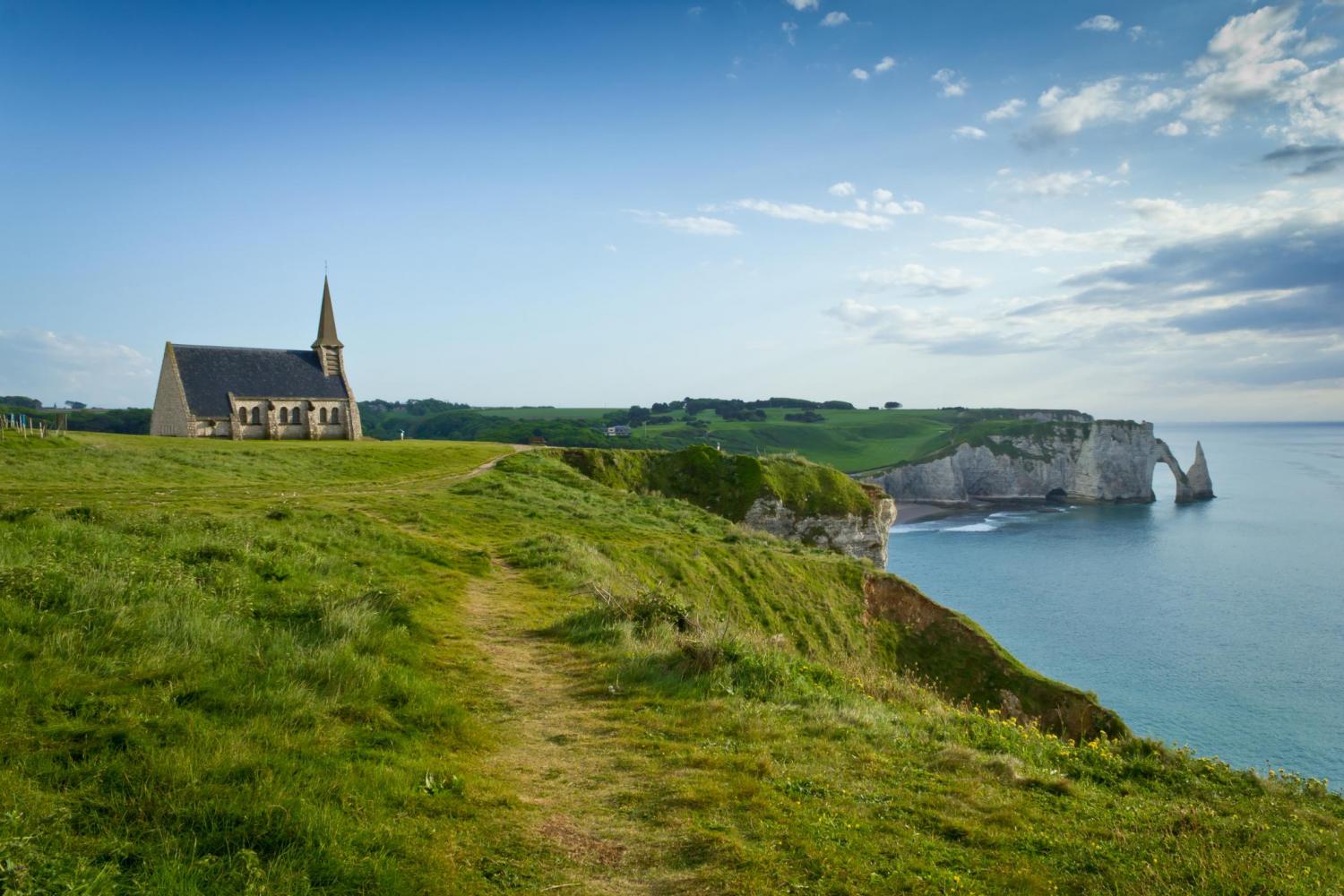 Normandy is one of the great historic regions of France; in the Middle Ages, Normandy was a great dukedom which, like Burgundy, rivalled in power and prestige with the kingdom of France. Indeed, the dukes of Normandy managed to achieve the same status as the kings of France, to whom they owed alliegance. Before he died, the king of England, Edward the Confessor, named his nephew William, duke of Normandy, as his successor. But after Harold, William's cousin, took the English crown for himself, William invaded England in 1066, to assert his claim to a royal crown. The story of Harold and William the Conqueror is magnificently told in the historic Bayeux Tapestry, which can be visited in Bayeux, a few miles to the west of Caen. With their historic links and their proximity, it is hardly surprising that the Normandy area has much in common with the south of England; the rolling countryside is not too different - fields and meadows bordered by hedges, even bluebell woods. Furthermore, the historic and vernacular styles of architecture are not too different either. Le Havre, Caen and Rouen are the three main cities in this region. Outside the towns and cities, Normandy is a prosperous agricultural area, specialising in dairy products, fruit (notably apples) and mixed farming. The most famous regional products are the cheese Camembert, and two drinks, Cider and the spirit distilled from it, Calvados. Normandy is also famous for its racehorses, and the region has many top breeding stables.