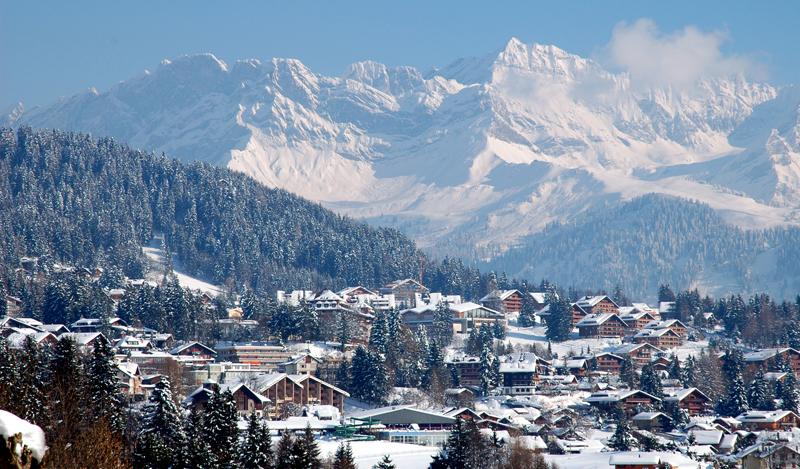 Situated at 1300 m, on a sunny south-facing terrace high above the Rhone valley, the holiday resort of Villars-sur-Ollon in the heart of the Vaud Alps enjoys breathtaking views of the Dents-du-Midi and the Mont Blanc massif and as far as Lake Geneva. Back in the 12th and 13th centuries a notable demographic upsurge motivated the monks from the Abbey of Saint-Maurice to assist the local peasants in conquering and clearing the mountain pastures. Once conquered, these pastures were seen as real treasures and defended against encroaching neighbors. In 1750, the mountain "dixains" (Villars, Chesières, Huémoz) requested to form a separate town and in 1889 the town became one indivisible entity. The mountain cog-train to Bretaye was built in 1913. In 1936, the first ski lift was built at the ‘Combe’ on the Chaux Ronde. This was a first in Switzerland, and skiers had to fasten themselves on with a large leather belt in order to go back up the mountain. On 13 December 1936, the Orient Express made a special stop in Aigle for a huge slalom race that took place at Bretaye. That same year a ski lift was built in the form of a sledge. This lift could transport 12 skiers to the peak of the Grand Chamossaire and was in use until 1953. In 1938, Villars was classified as one of prime resorts of Europe and many Swiss ski clubs came to train in the resort on the back of its reputation.