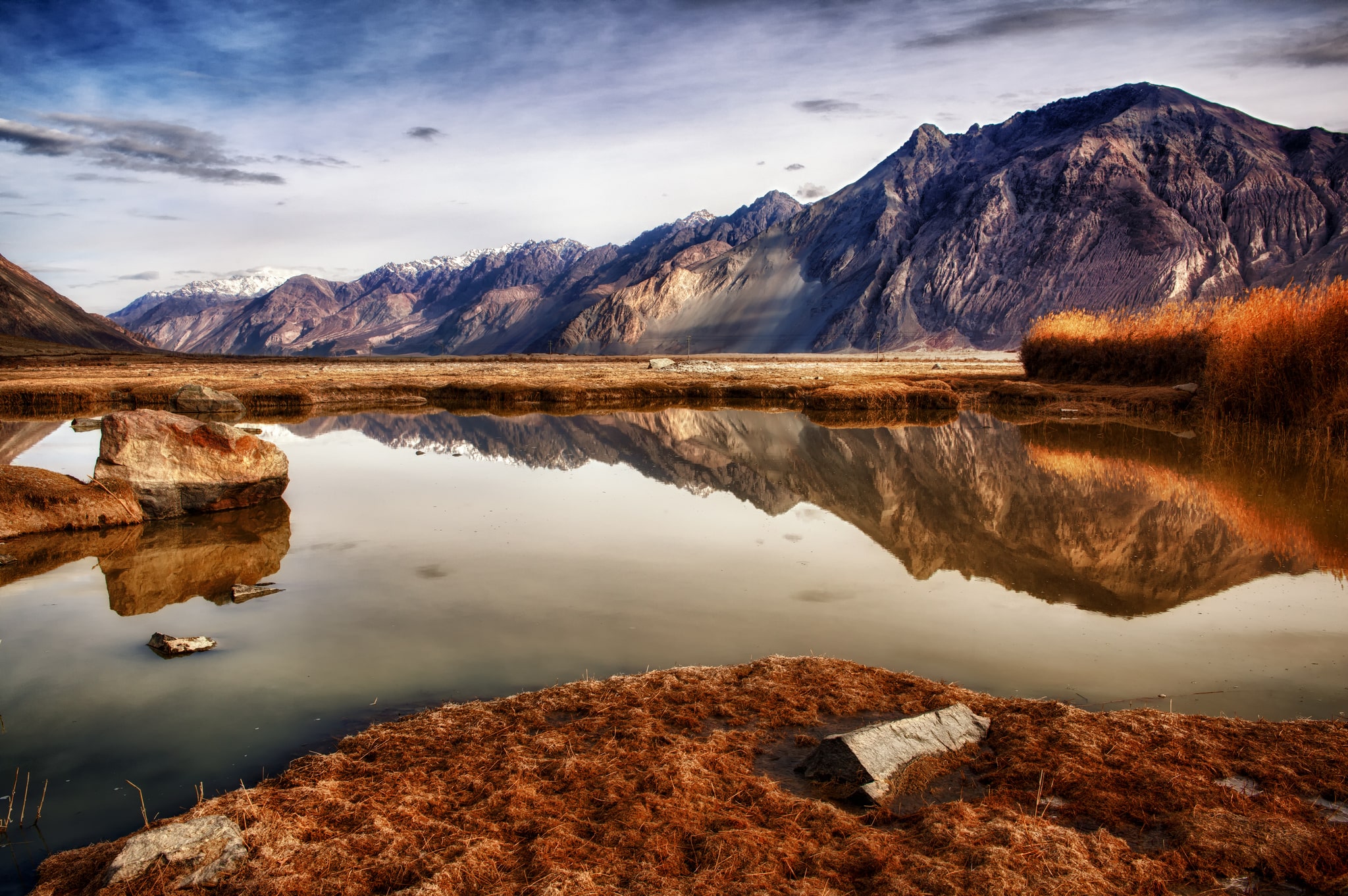 Nubra Valley: One of the most beautiful va... - Secret World

Known for its orchards, scenic vistas, Bactrian camels and monasteries; Nubra Valley is the northernmost part of Jammu and Kashmir.Situated about 150 km from Leh, Nubra Valley is known as the Orchard of Ladakh and was originally called Ldumra which meant the valley of flowers. Surrounded by snowcapped Himalayan ranges, Nubra valley lies sandwiched between Tibet and Kashmir. The view of the valley is picturesque and breathtaking. During winter, the whole valley looks like landscape of the moon (reason for calling Moonland) and in summer full of greenery. To reach Nubra valley, you will have to cross the awe-inspiring Khardung La, the highest motorable pass in the world. Winding channels of the Shyok and Nubra Rivers crisscross the wide and flat Nubra valley. From a distance, the valley seems parched and dry. However, the valley mainly consists of prime farm land. No wonder then that the valley has earned the sobriquet Orchard of Ladakh. It is not just scenic natural beauty of Nubra which attracts tourists. The valley is predominantly Buddhist and boasts of several centres of Buddhist learning. Ensa, Samstemling, Diskit and Hunder monastery are famous Buddhist monasteries. The cold desert between Diskit and Hundur are another attraction for tourists.